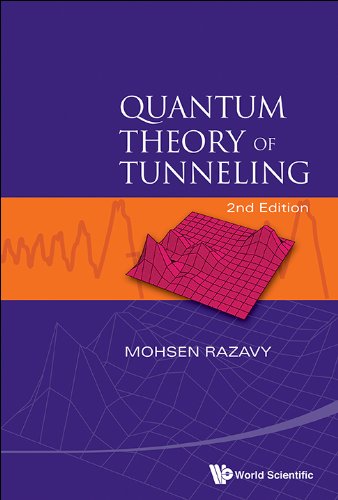 In this revised and expanded edition, in addition to a comprehensible introduction to the theoretical foundations of quantum tunneling based on different methods of formulating and solving tunneling problems, different semiclassical approximations for multidimensional systems are presented. Particular attention is given to the tunneling of composite systems, with examples taken from molecular tunneling and also from nuclear reactions. The interesting and puzzling features of tunneling times are given extensive coverage, and the possibility of measurement of these times with quantum clocks are critically examined.

In addition by considering the analogy between evanescent waves in waveguides and in quantum tunneling, the times related to electromagnetic wave propagation have been used to explain certain aspects of quantum tunneling times. These topics are treated in both non-relativistic as well as relativistic regimes. Finally, a large number of examples of tunneling in atomic, molecular, condensed matter and nuclear physics are presented and solved.