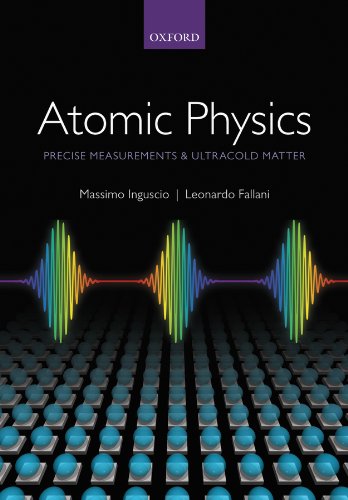 This book illustrates the history of Atomic Physics and shows how its most recent advances allow the possibility of performing precise measurements and achieving an accurate control on the atomic state. Written in an introductory style, this book is addressed to advanced undergraduate and graduate students, as well as to more experienced researchers who need to remain up-to-date with the most recent advances. The book focuses on experimental investigations, illustrating milestoneexperiments and key experimental techniques, and discusses the results and the challenges of contemporary research. Emphasis is put on the investigations of precision physics: from the determination of fundamental constants of Nature to tests of General Relativity and Quantum Electrodynamics; from therealization of ultra-stable atomic clocks to the precise simulation of condensed matter theories with ultracold gases. The book discusses these topics while tracing the evolution of experimental Atomic Physics from traditional laser spectroscopy to the revolution introduced by laser cooling, which allows the manipulation of atoms at a billionth of a degree above absolute zero and reveals new frontiers of precision in atomic spectroscopy.
Product Details